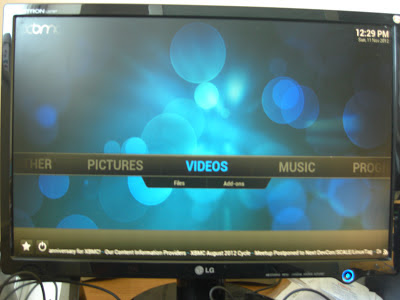 For those looking to make modifications or build from source, the repository I used is git://github.com/empatzero/xbmca10 along with following the instructions here to a greater extent.
Posted by Jasbir at 11:36 72 comments: