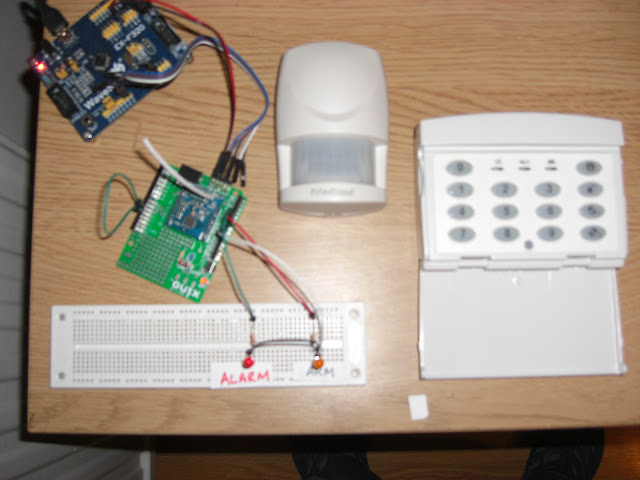 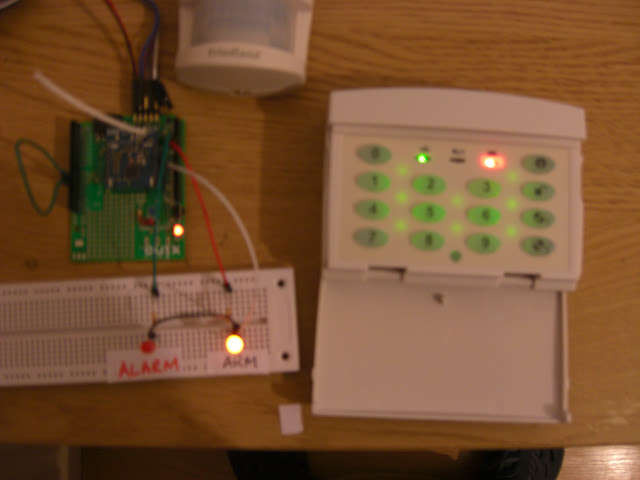 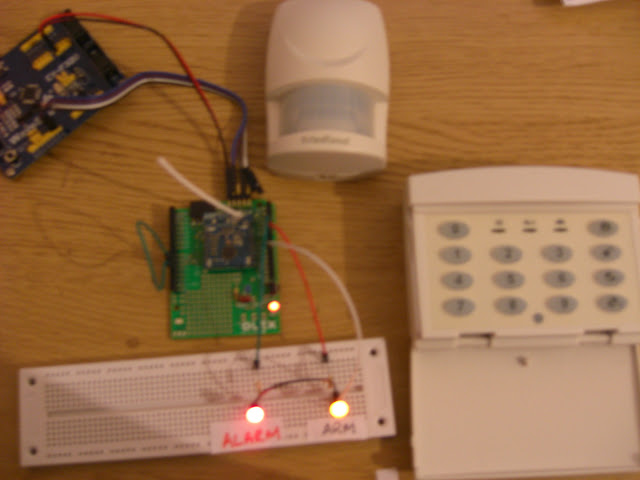 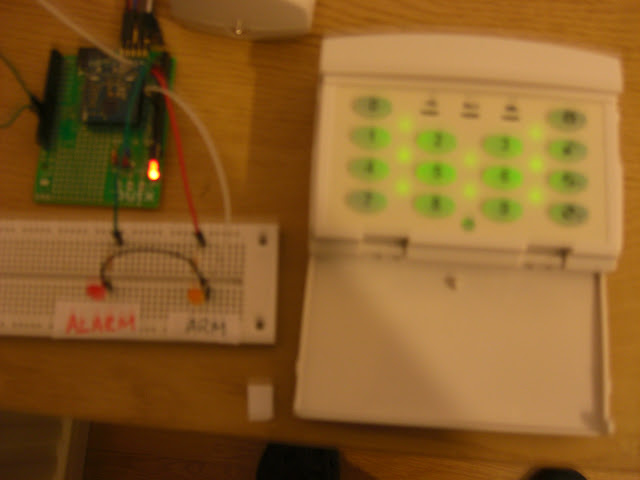 Hopefully this now opens up a number of opportunites as the alarm sensors can now be used for other applications. My initial idea is to develop the software so that all sensor information is provide through a serial port. It is also possible to mimic a sensor in order to talk to a real Control Panel. The only downside is that the type of sensors are limited to a PIRs, Door Contacts, Remote Key Fobs, Keypads and an Outside Bell.
Posted by Jasbir at 14:34