After a couple of hours of debugging I final got the MK802 Ubuntu 12.04 image working on the Hackberry. So thanks to guys on the miniand forums for create the images, in the end just a simple tweak of deploying the script.bin from the pre-installed Android got the image to boot. Once booted and after log-on I manually enabled the Ethernet connectivity. 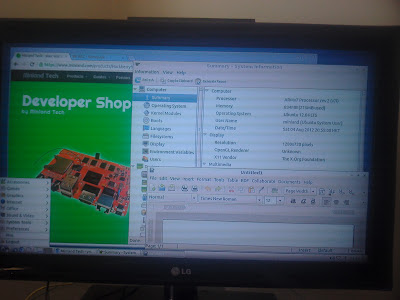 As this is a pre-built image the wifi wasn't detected correctly, however I was pleased to make such quick progress. The build seems to be fairly snappy and its good to see it reporting the full 1GB memory. Of course further work is required to get a fully functioning build.

I also spent some time getting the pre built version of Puppy Linux  to boot based on this article on liliputing. Again faced similar issues to the Ubuntu build but got there in the end! As mentioned in the liliputing article the user interface is not as slick as Ubuntu but I can see a certain attraction to Puppy because of its speed. The main draw with this pre-built image is that its only reporting 512Mb RAM. 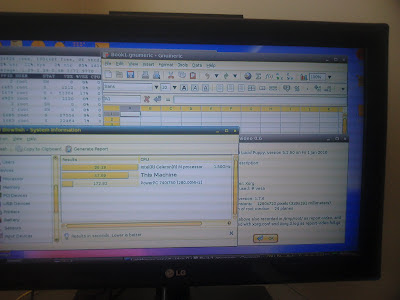